What are you looking for? Local experiences from our partners & local guides.

Best things to do according to locals! Explore some of your best tips with our partners and friends.

Small Group accommodation for your tour or events is located close to Jervis Bay or Berry. Just arrive by train at Bomaderry Railway Station and its an easy walk to dorm 8 where we offer basic dorm style lodgings. Stay with us before any Surfing Program or Small Group Tour for complimentary transfers.
Featured $35.00 incl GST

Culburra Beach is an accredited surf school and can teach you how to surf in an hour or a couple. Culburra Beach is where we breed the best in the business for sure! Do you want to experience surfing like the champs? If so, check in here, submit your enquiry, book in for a surfing weekend or just hire a board and put your skills to work.
Featured $35.00 incl GST

Travel along the Grand Pacific Drive where you will discover Shoalhaven Coast Vineyards. A perfect way to spend a day out with friends whilst you devour succulent fresh south coast produce, wines and ales during a customized wine tour with your local guide! Why not extend your trip to Jervis Bay where not only do you find some of the whitest sand in the world in nature' playground just south of Sydney.
Featured $35.00 incl GST

Shoalhaven's tree top adventure park is located right inside Shoalhaven Zoo at Nowra, so you’ll get a chance to see the camels from many of our platforms! You will also have a chance to take a look at more of the animals if you purchase a zoo pass! Fly through the air on our flying foxes before finding yourselves scrambling along the rock face on Australia’s First Cliff Edge adventure park along the banks of the Shoalhaven River. The traditional custodians of the land surrounding the Shoalhaven River, in its lower reaches, are the Aboriginal peoples of the Yuin nation. In the land north of the river, the people from the Wodi Wodi clan are the traditional custodians; while south of the river, the Wandi Wandian clan are the traditional custodians. Some of the culturally important Aboriginal places in the Shoalhaven include Coolangatta Mountain, Bundarwa (Beecroft Headland), Cambewarra Mountain and its environs.
Featured

The Gulaga Creation Tour is a 40 hour experience that starts on the evening of Day 1 and concludes mid-morning on Day 3. The traditional custodians of Yuin country – Ngaran Ngaran Culture Awareness invite you to come, walk and listen to a sacred dreaming of creation that Gulaga holds.
Featured $35.00 incl GST

Narooma' Oyster Festival provides visitors a great weekend full of Live music, local culture, fresh produce, and the world’s best oysters! Enjoy it all from the festival’s stunning location at Forster’s Bay, Narooma – one of the most beautiful locations on the NSW South Coast. Come and see what it’s all about! Help Someone In Need

Travelers Can Easily Find Local Information Discover how What To Do Directory helps travellers find the information they need! Find Things To Do When Arriving Somewhere New!
Looking for a cozy place to stay, a place to eat, a personal tour with a local guide or tickets to amazing experiences! Find What You Want
Search by local area from hundreds of listings, read reviews, explore photos and find the perfect spot to visit all from the comfort of your lounge chair! Explore Amazing Places
Go and have a good time or even make a booking directly from the listing page. Find authentic experiences provided by locals! 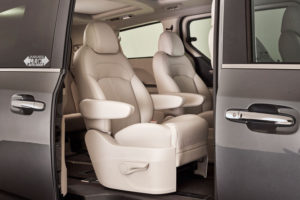 Ask Your Local Guide WAT2DU
Now that you're on your way have you got your tickets or booked a table at the restaurant? As your local conscierge we will arrange all that for you, so it all fits into your day smoothly. WAT2DU.Shop allows you to get tickets to amazing experiences and events. Customise your trip any way you choose to, Just ask your local guide.

How WAT2DU Supports Your Tourism Business! Scan QR Code With Your Phone